Everyone who decides to take part in the upcoming LA2DC cross country cycling and running athletic event has a story. Vatche Soghomonian is one of the cyclists who will push his physical limitations in an act of remembrance and tribute to all those communities who have suffered genocides. 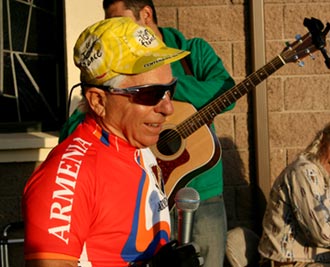 There are so many reasons to be thrilled that Soghomonian is taking part in this ride. At the age of 80, his passion for Armenia and his desire to spread awareness about the Armenian Genocide is very personal. Both of his parents survived the 1915 Armenian Genocide. His mother lost her father when she was nine months old and was carried by her mother from Palestine to Beirut. His father’s mother was killed in the genocide and as a result was raised by his sisters. Soghomonian saw the struggle his parents went through in order to give him the best life possible. So he takes part in LA2DC with their spirits in mind and with the determination to bring awareness to the Armenian Genocide.

Born in Syria, Soghomonian moved to Lebanon where he was educated through high school. He came to California to attend UC Berkeley. Soghomonian became known for his athleticism, so a friend bought him a bicycle and the two of them formed a team to compete in cycling competitions. As much as he enjoyed competition, he was also passionate about charity.

He joined the Armenian Technology Group which was formed to assist the Armenian people become self-sufficient in food production. After initial grants from the US government came to a halt, Soghomonian introduced the idea of cycling for charity, an endeavor which would become known as Bike for Hope for Armenia. Chairman Arthur O. Hazarabedian, D.V.M. took this idea seriously, and it received support from the Lindsey Foundation, a charitable foundation of Kirk Krikorian, which sent an $800,000 check, the largest chunk of the $1.1 million raised.

ATG’s work in Armenia includes
• Establishing a 45-acre grapevine nursery in Kharpert.
• Raising money to buy refrigerators for farmers to store their milk.
• Delivery of 50 bicycles for children in orphanages.

Sometime between 2009 and 2010, while riding his bicycle from Yerevan to Artsakh and staring up at Mount Ararat, Soghomonian and several friends decided they would climb this mountain they considered rightfully theirs. 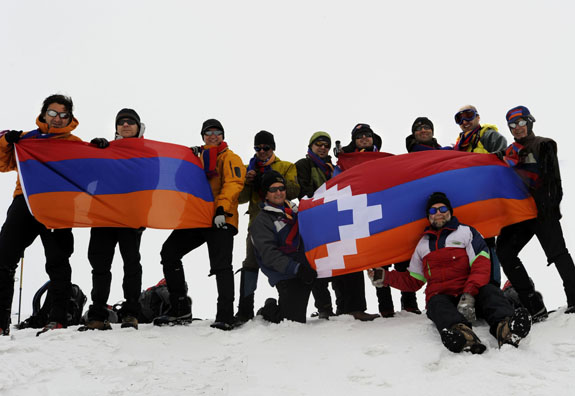 On July 15, 2010, after three days of climbing, with no permit and under the code name Ararat 11, the eleven men reached the summit and erected the Armenian national and the Karabakh Republic flags.

In an interview Soghomonian recounted his experience saying, “one had to be there to see the feeling of each individual. We were in heaven that day.”

Vatche Soghomonian, along with a group of friends, will once again ride under the name Ararat 11 and participate in a portion of the LA2DC ride.