Map of the Armenian Genocide in 1915 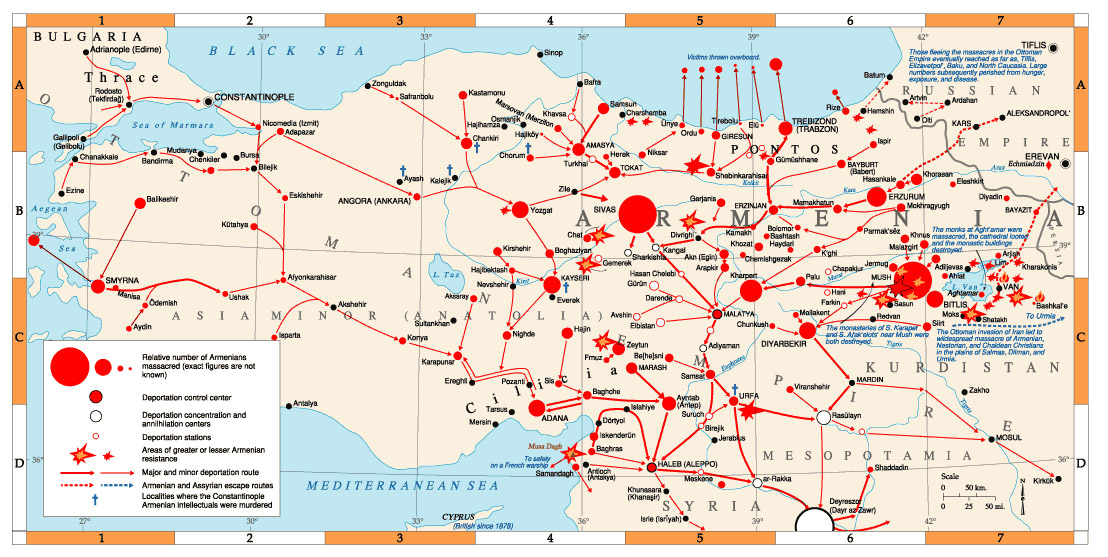 • Each size shows a massacre. There are three types of massacre: in a control centre (red dot), in a station (pink dot), in a concentration and annihilation center (black dot). The size of the dot shows the relative number of killed Armenians.
• Each pair of swords shows an area of Armenian resistance: greater resistance (red swords) or lesser resistance (black swords).
• Dots in Black Sea representing Armenians (mainly women and children) drowned into the sea

Join LA2DC and Make an Impact