Roobik Asadorian is one of the LA2DC riders who plans to go across the country and ride every day.

Asadorian was born in Iran and raised in what was then the thriving Armenian community of Tehran. Due to the Islamic Revolution, he moved to the United States in 1981 where he married and had two sons.

In 2006 he tried mountain biking for the first time and was fascinated with the sport and has since committed himself to mountain biking in and around the Southern California on a regular basis. He has also participated in several Century rides in California and surrounding states. His love of biking emanates from his love of nature and a healthy lifestyle. 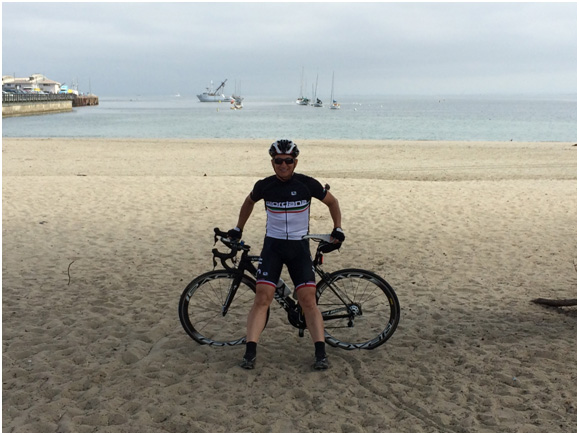 Asadorian was one of the members of Ararat 11 who climbed the beloved mountain in 2010.

As a tribute to the memory of the Armenians who perished 100 years ago, he has committed to ride one of the two legs every day of the entire run, which will cover a distance of about 1500 miles.