I have always claimed that people are my passion and telling their stories is at the heart of everything I do. I also know that I tell others’ stories because my own family story has been silenced for two generations.

While we never once described ourselves as descendants of genocide survivors, that’s who we are on my dad’s side of the family. My father, an Armenian from Cyprus, married a Dane in India. Our family immigrated to the US in the late 1960s, forced out of Lebanon during the 6-day war. As part of a mixed family, there was almost total silence when it came to my Armenian history. We were proud, never victims. As successful, hard working, food-centric and loving people there was no discussion of genocide.

When I became an anchor and reporter at KCBS Radio in San Francisco, genocide was underway in different parts of the world. Hutus and Tutsis were killing each other in Rwanda. The former Yugoslavia was torn apart and those who lived side by side for decades were now identified by their nationalities: Bosnian Muslim, Croatian Catholic and Serbian Orthodox, and they turned on each other. At the end of three years of fighting and the massacre of 8-thousand Bosnian men and boys by Serbians in 1995, 100,000 people were dead, 80% of them Bosnians. I went to Sarajevo where people lived like rats for three years, to report on the future of those who survived. And I wondered, could such an atrocity occur in the Bay Area where we were so blended as well?

My questioning created a change inside me. I wanted to hear more from my aunts and uncles and father. And now I know why the empathy I had for victims of genocide was deeper than the stories I reported on.

My grandfather, Diran Melkonian, escaped as a boy from his home in Adana, Turkey in 1909, the pre-cursor to the genocide, after his father was ‘taken away.’ His neighbors dressed him as a Turkish boy and he hid his sister in a basket on which he sat while traveling by train to Syria. From there he worked for a dentist until he could make his way to Cyprus, where his mother and another sister had fled.

My grandmother, VehanoushSaradjian, from Mersin, Turkey was a child when her father and two brothers were killed in the genocide. One of her older sisters was taken on the death march carrying her two small daughters, one of whom had dysentery. The soldiers made her drop her sick daughter and leave her to die and forced her to continue walking with her healthy daughter. She survived by washing and eating the grains from horse manure. They dug graves. Buried the weak and the dead. Adopted silence as a virtue. They all ended up in Cyprus. 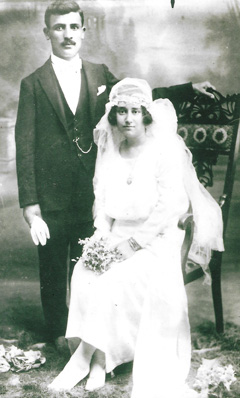 Turkey officially denies the genocide even with many verifiable reports about what happened from 1915-1917. I’ve chosen to examine the photographs taken by Armin T. Wegner, a member of the German Sanitary Corps, who was sent to the Middle East in 1915 and wound up taking hundreds of photographs in the Armenian deportation camps, “visible proof of the first systematic genocide of the 20th century,” according to the Armin T. Wagner Society. These images haunt me today.

For the past 100 years, 100 million people have been victims of genocide all around the world. What happened in 1915 has been repeated over and over and is happening again today.

When I learned about a cross-country riding and relay event that begins on the 100th anniversary of the Armenian genocide with the mandate: stop future genocides by recognizing past genocides, I knew I had to participate. LA2DC has put together a run/ride across the nation, with every leg of this nearly 3-thousand mile event marking an atrocity location in the Ottoman Empire and elsewhere: Auschwitz, Bosnia, Rwanda, Darfur, etc. 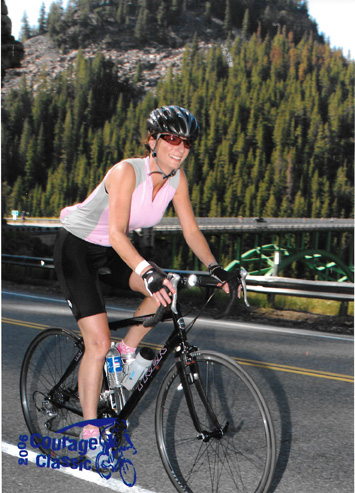 On April 24th, I will get on my bike and take off on the first leg of this ride, fittingly marking Adana and Auschwitz. 5 cyclists, including one from Armenia, plan to ride the entire event; others will ride or run in various legs over ten days ending in Washington DC on May 7th. Along the way, riders will stop and thank those who have saved genocide victims and are doing the difficult work of genocide detection and prevention.

One day I hope to witness the official recognition of the Armenian genocide by Turkey, and also the United States. Until then, I believe there is a place for us to examine how to detect and prevent genocide; a place to pay tribute to those who suffered before us;a place for hope.

“Keep riding for all of us, Lois,” a friend emailed me today. I will Amy, and I will carry those stories of genocide with me. From Armenia, to Darfur, to Rwanda, to the Holocaust, to Bosnia, everywhere the deliberate killing of a large group of people, especially those of a particular ethnic group or nation, has taken place.

The day I left Sarajevo I was given a ray of hope by a survivor, in the midst of a dark bombed out room, “what other way is there to look, but up?”

Looking up, I’m riding because every genocide matters.

Lois Melkonian is an award winning broadcast journalist who’s been reporting and anchoring on radio and television for the past 30 years in Denver, San Francisco and Houston. She blogs at www.angelswithshoes.com, and writes and produces videos for a number of companies and organizations.

← Memories of my trip to Armenia
→ What matters is not what the world does to you, but how you respond – by Nerses Aposhian